Loading...
Note
This page is to document "what Tiki does". For "what Tiki should do", please see corresponding page on dev site
How to use user tasks


The User Tasks feature is used to admin user tasks, which are similar to a to-do list. The Tasks screen is divided in two parts: a list of tasks and a form to enter a new task. 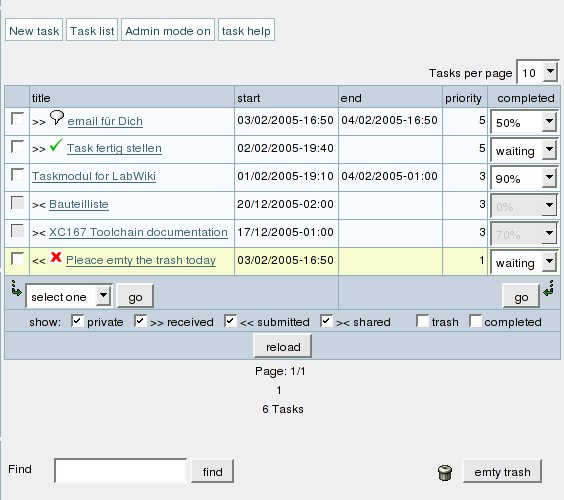 This list shows a user's tasks and some shared tasks.

Tasks can be removed by marking them as trash, and the "empty trash" button removes items.
But if you are not the creator you can only move the task in the trash of the creator if he has the option rights by creator disabled.


From the user preferences screen the user can choose if he want to use dates for tasks. If dates are being used then tasks with a start date higher than the current date ARE not displayed in the listing or module, so future tasks are hidden. If dates are not used then all tasks are always visible. Note: when dates are in use the task listing will show links to display all tasks or tasks using dates only. 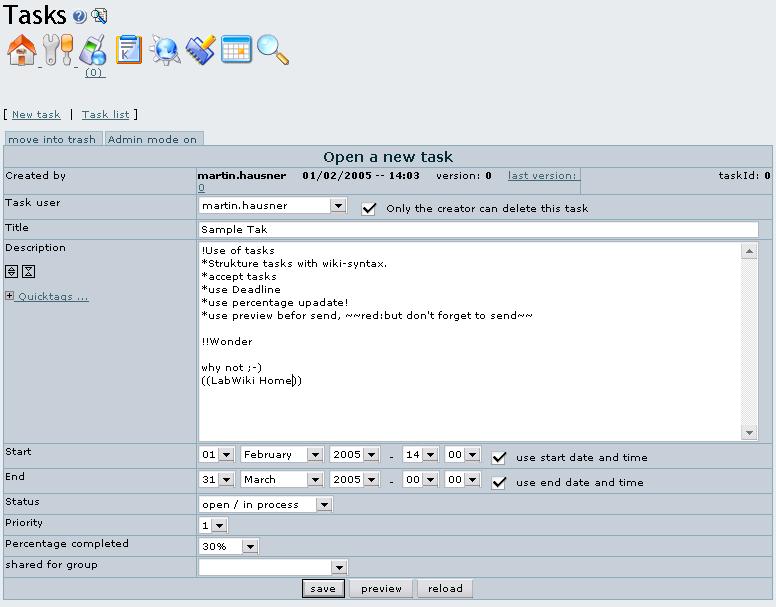 This form is used to enter or edit a task. The start date field is only shown if using dates. 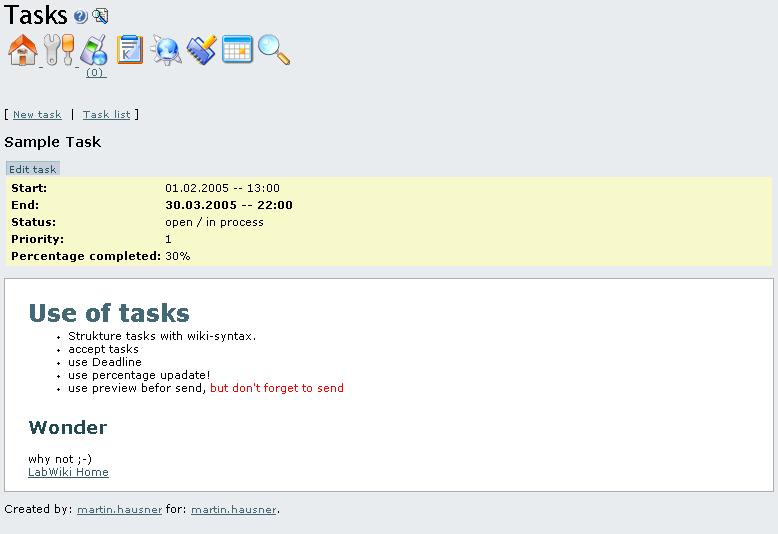 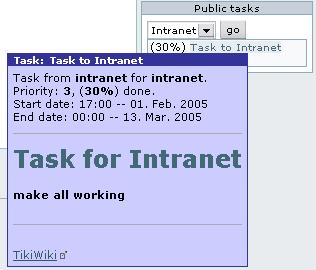 A user task module is available which will show a user's tasks. The user can use it to alter the tasks.